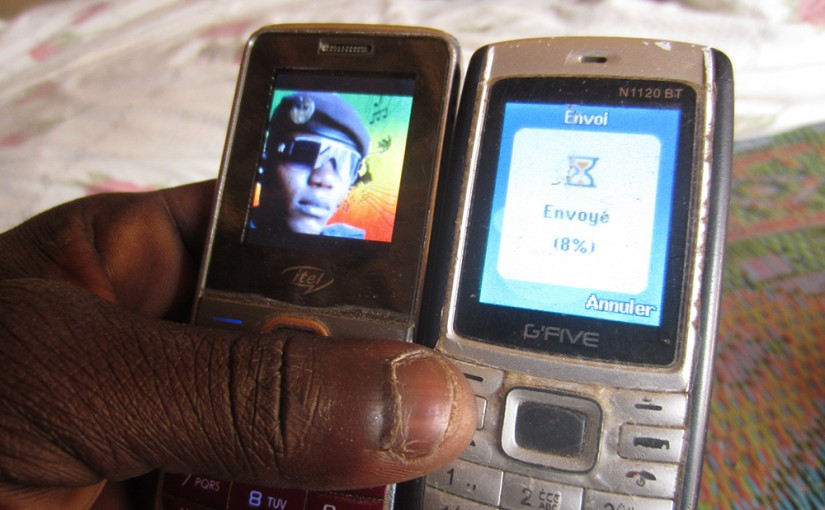 It all started when I was traveling and working in West Africa. My project was to collect and document local music with my field recorder. One day while riding on a bus I noticed that I was listening to three different songs playing on three different phones, and this went on for the entire ten-hour bus ride. I made some field recordings of it, and I think it was my first documentation of this type of practice. It got me thinking that I could start recording music from people’s cellphones. So I started talking to people about their phones. After that, I remember another moment that stood out. I met some people showing me their new phones with all these different recordings that they had made on them, and it was sort of wild when I realized I had access to so much documentation. One guy was a Touareg , and he had his own cellphone that could do basically all that my field recorder does. This gave me the idea that maybe I could start collecting and documenting data from cell phones. 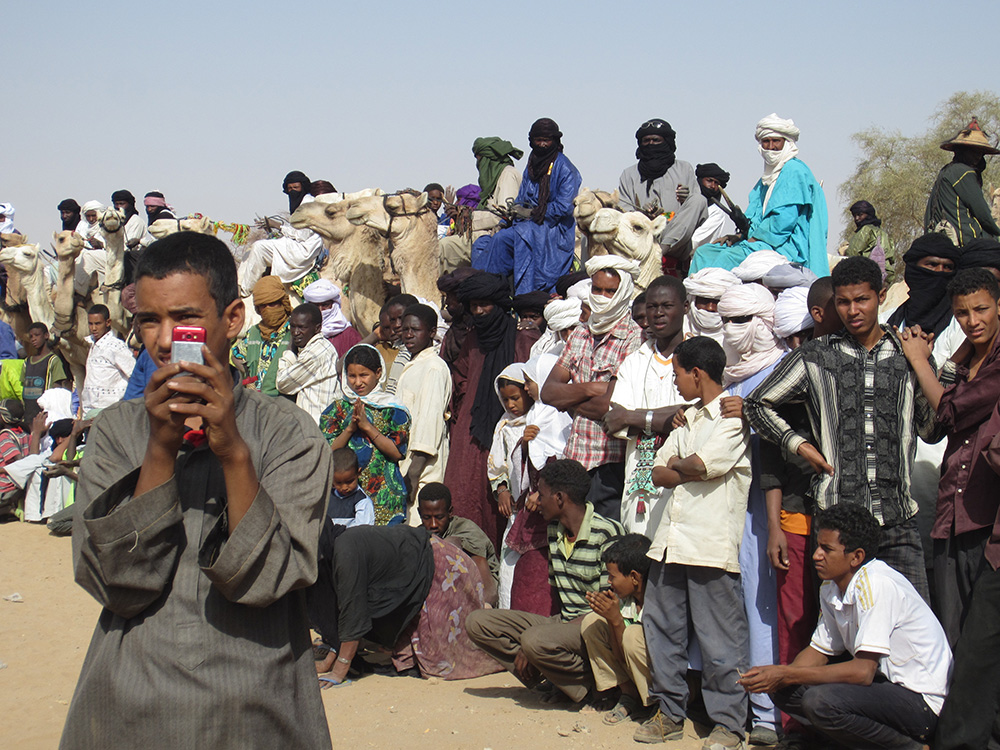 All these exchanges lie between what we usually call piracy, meaning recordings of songs that are copyrighted, that have been recorded in actual studio, etc., and on the other side, songs that are just handmade recordings of spontaneous concerts… You encounter basically three tiers: the first one is copyrighted music, like Western or European music or even popular West African music, like Nigerian or Malian pop music, that was made in a studio and released on a CD. You can find the actual studio albums of some big African stars like Nahawa Doumbia. The second tier is home studio productions. Artists that don’t have access to big studios record at home, in DIY studios, with cheap computers. Often these artists don’t have any intention of ever selling the music. Sometimes, it’s made just for the sake of making music. The third tier would be actual cellphone recordings. For example, when a musician/Touareg is playing his guitar, several people hold their phone over him and start recording. They’re little souvenirs that people make for themselves, but they also form a part of this collection. Sometimes they might be a recording by the artist who sits down and wants to try out a new song, but the majority are social recordings. Music was the first thing people started sharing on their phones, but it’s also videos, jpegs, pngs, image files, etc. 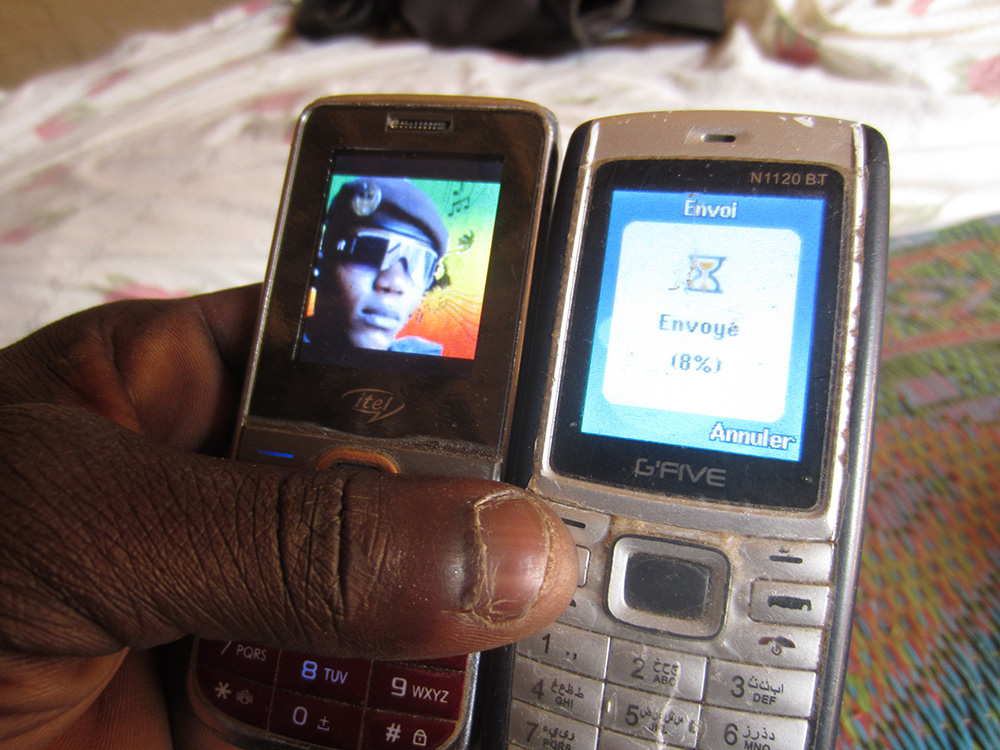 Cellphone data sharing is an element of social life in Western Africa. I think that there’s a relatively slower pace of life here: one of the biggest places where I saw a lot of exchanges happening was while sitting around drinking tea. Drinking tea is a huge part of social life in West Africa, and it takes a while. At some point, when people are sitting silently and just passing time together, they start playing around with their phones and playing a song or passing the phone around and sharing pictures. They’d say, “Hey, let me see your phone,” and then they would flick through the photos or look through songs. Everyone is just showing off their collections of whatever. This is not really done in the Occident, where it mainly happens through social media.

In Africa it’s okay to play music in the public space. You can walk down the street while playing a song on your phone. People don’t get told to turn off their phones; it’s a loud and noisy environment. And when someone is walking by playing a song, you can also stop that person and ask for that song. So, in this environment of constant music being played, you’re also being advertised music all the time. You hear it and you can just take it, whenever you want, just by asking someone. I’ve done it plenty of times with total strangers. The sharing is primarily done through Bluetooth, where you pair the devices and you send media from one phone to another. 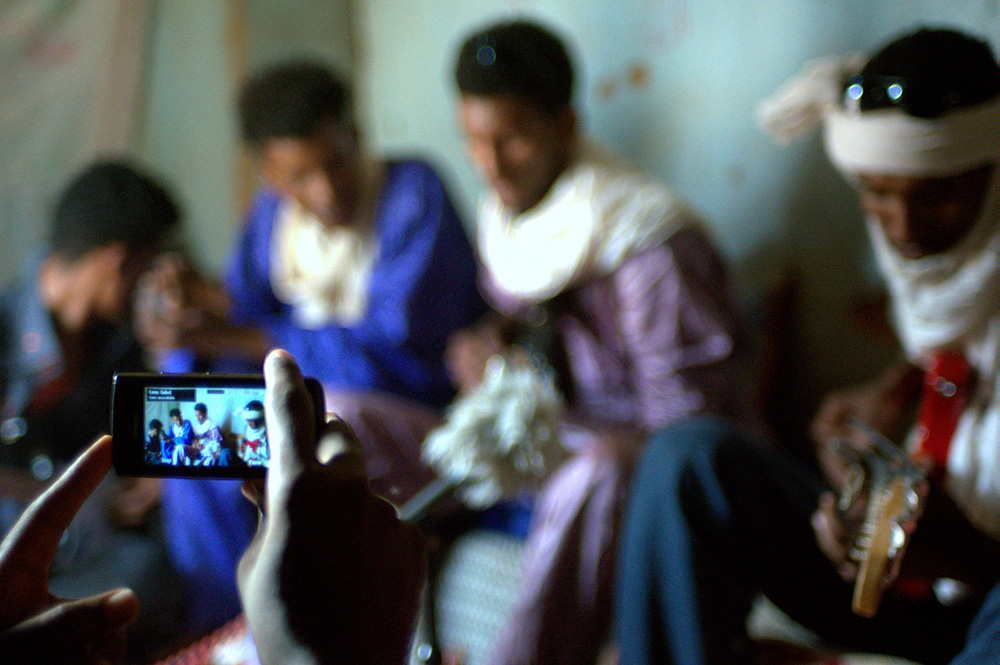 The individual files are shared from person to person with Bluetooth. The other form of transfer is made with MP3 downloaders (people, not software), cellphone vendors who also sell bulk MP3s. So if you get a new cellphone or a new memory card and you want to load it up with music, you wouldn’t go to your friends and transfer file by file. It would take a lot of time. Instead, you just go to someone who can fill up entire gigabytes from their computer. There’s no real MP3 market. People just understand that wherever there’s a cellphone being sold, there are MP3s. All these places are interlinked. It revolved around cellphones vendors having computers and being able to unlock phones. They also started to collect music, so every time somebody would bring a phone in, they’d copy all the data off the memory card before they had to reformat it. So they started this massive collection, and then they understood that “well, I can also sell these songs.” You can just go into a shop, ask for hip-hop or whatever and buy it; they sell them as bulk of MP3s. A lot of cellphone vendors started hooking up speakers to their computers and just playing music constantly, so everyone knows that that’s where you go to buy music. 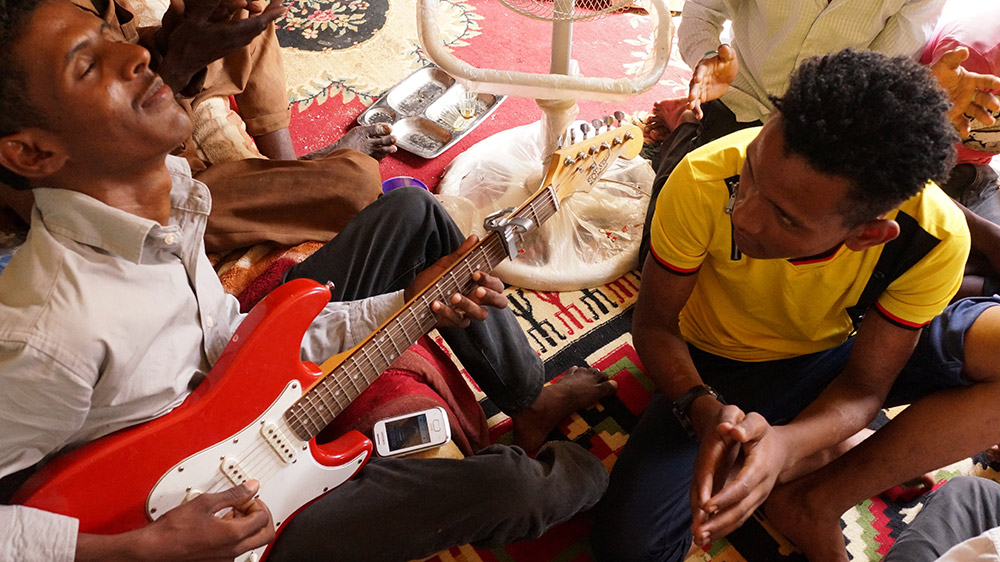 soundcloud.com/sahelsounds
The soundcloud of Sahel Sounds

Desert discs: how mobile phones are at the root of Saharan music
@ The Guardian

One thought on “Music from Cellphones”